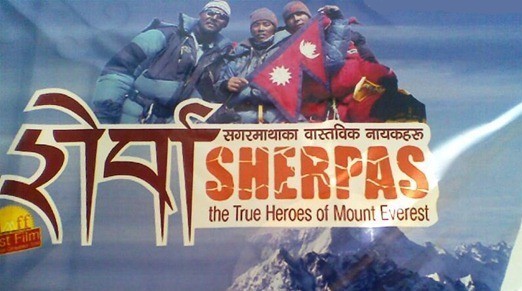 “Among the Sherpas is Dawa, who has ascended the Everest Summit thirteen times.”

“For the first time, a Himalayan expedition is shown not from the perspective of the Western mountaineers, but from the ever-smiling Sherpas who make their adrenaline adventure possible in the first place.”
Best Film Kathmandu – International Mountain Film Festival 2009 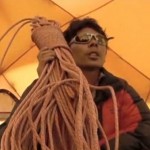 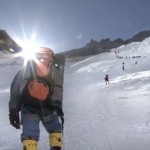 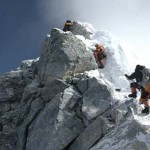 SYNOPSIS + REVIEWS
For the first time, a Himalayan expedition is shown not from the perspective of the Western mountaineers, but from the ever-smiling sherpas who make their adrenaline adventure possible in the first place.

When Western mountain climbers return from Mt. Everest, they talk of the hardships and challenges, of their triumph and achievement, over the mountain and themselves, of the goddess Miyo Langsangma, who smiled on their ascent and allowed them to reach the summit. They tell of the smiling sherpas who helped them on their way, never complaining or showing any strain. Sometimes they have even become friends with the friendly folk from Solo Khumbu, the Himalayan region in northeast Nepal, on the Tibetan border. But who are the sherpas really? What do they think and feel setting out on an expedition? What goes on behind those friendly smiles? Questions we answer in three suspenseful episodes, documenting a Himalayan expedition for the first time from the sherpas’ perspective and letting the protagonists film themselves as they see each other. And suddenly the dangerous sport of high-altitude mountain climbing appears in a whole new light… – Telepool

TRAS Nepali Film Nights: Sherpas – the True Heroes of Mount Everest showcases the work, hardships and life of the Sherpas at Mount Everest. The film follows the expedition of the Swiss mountain guide Kari Kobler and his European climbers as they climb the highest mountain in the world, a feat un-imaginable without the support and guidance of their hired Nepali Sherpas. Among the Sherpas is Dawa, who has peaked Everest thirteen times. Throughout the film, the Sherpas share their stories, feelings and fears on the climb. They tell us bluntly what it means for them to work for Western climbers and to act as their leaders on the top of the world, sometimes risking their own lives to save a Western client. Read more … 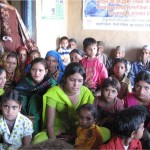 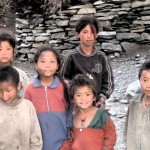 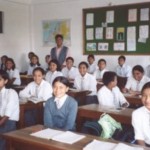 About the Trans-Himalayan Aid Society

Since 1962, TRAS has developed a network of partner organizations in India, Nepal, and Tibet that implement health care and education projects in their communities. Projects approved and funded by TRAS are planned and executed by local communities in the Himalayas: they know best what they need. Project proposals come directly from partner organizations in the field to TRAS’s Board of Directors. Read more …