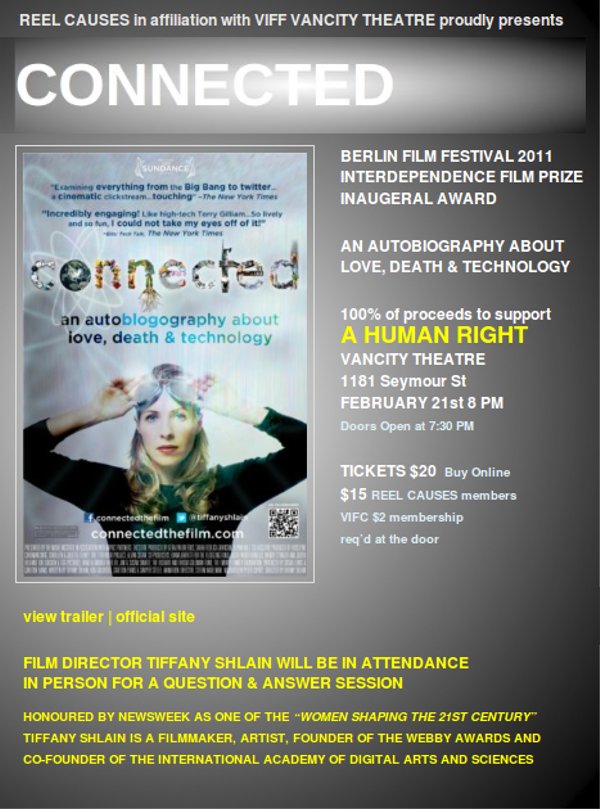 a benefit for A Human Right

Honored by Newsweek as one of the “Women Shaping the 21st Century,” Tiffany Shlain is a filmmaker, artist, founder of The Webby Awards, and co-founder of The International Academy of Digital Arts & Sciences.

The Atlantic – “an intensely personal exploration of what human connection means in our modern technology-obsessed world.” 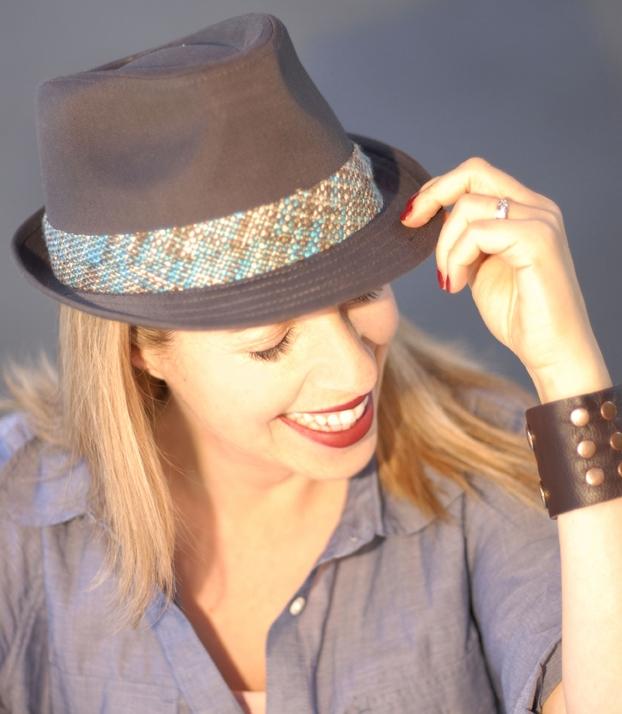 SYNOPSIS: Have you ever faked a restroom trip to check your email? Slept with your laptop? Or become so overwhelmed that you just unplugged from it all? In this funny, eye-opening, and inspiring film, Director Tiffany Shlain takes audiences on an exhilarating rollercoaster ride to discover what it means to be connected in the 21st century.

From founding The Webby Awards to being a passionate advocate for The National Day of Unplugging, Shlain’s love/hate relationship with technology serves as the springboard for a thrilling exploration of modern life…and our interconnected future. Equal parts documentary and memoir, the film unfolds during a year in which technology and science literally become a matter of life and death for the director. As Shlain’s father battles brain cancer and she confronts a high-risk pregnancy, her very understanding of connection is challenged. Using a brilliant mix of animation, archival footage, and home movies, Shlain reveals the surprising ties that link us not only to the people we love but also to the world at large. A personal film with universal relevance, Connected explores how, after centuries of declaring our independence, it may be time for us to declare our interdependence instead.

A celebrated thinker and catalyst, Tiffany is known for her ability to illuminate complex ideas in culture, science, technology and life through her unique films and her dynamic talks and projects. She delivered the commencement address at UC Berkeley and her films and work have received 48 awards and distinctions. Her last four films premiered at Sundance, including her new acclaimed feature documentary, Connected: An Autoblogography about Love, Death & Technology, which the New York Times hailed as “Examining Everything From the Big Bang to Twitter,” and The Atlantic called “an intensely personal exploration of what human connection means in our modern technology-obsessed world.”

Her previous two award-winning films include Life, Liberty & The Pursuit of Happiness, about reproductive rights in America, and The Tribe, an exploration of American Jewish identity and the Barbie doll. Her films have shown in theaters and on TV all over the world. Her team at The Moxie Institute is known for their groundbreaking work combining their films + new technologies + conversational tools + live events to engage people in new ways. They just began a new film series called Let it Ripple: Mobile Films for Global Change.

Tiffany is a Henry Crown Fellow of The Aspen Institute, a visiting professor at The University of Wales, a member of the advisory board of M.I.T.’s Geospatial Lab, and she was among a group of technology leaders selected to advise Secretary of State Hillary Clinton on role of Internet in society.

The Interdependence Movement is a network of “citizens without borders,” who recognize the brute facts of global interdependence and work to create a constructive interdependent consciousness that facilitates global cooperation and global governance.

Since 2003, people from around the world have celebrated September 12 as Interdependence Day. This will be our 9th Interdependence Day Forum and Celebration, with previous meetings held in Philadelphia, Rome, Paris, Casablanca, Mexico City, Brussels, Instanbul, and last year in Berlin. This year, with the 10th anniversary of 9/11, Interdependence Day will be centered in New York, with a symposium featuring distinguished speakers at Lincoln Center’s Library for the Performing Arts on the 11th, and an Interdependence Day Celebration at the state of the art 3-Legged Dog Art and Technology Center on the 12th as well as local arts and civic events in locations on four continents. Speakers in New York include Leon Botstein, Howard Dean, Josh Fox, Carol Gilligan, Khalil Gibran Muhammad, Tiffany Shlain, Tavis Smiley, Robert Thurman, Kathleen Kennedy Townsend and Cornel West.

About A Human Right

Our vision is to connect all people by creating and stewarding a freely available decentralized global system of communication … We believe access to information should be a human right. EVERYONE CONNECTED Read more