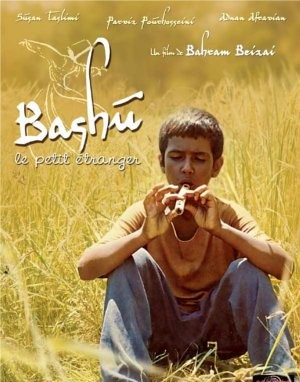 “Bashu the Little Stranger is a pure joy in which there are absolutely no false moves and both laughter as well as tears. Every movement of the camera, its every placement, its every composition, indeed, every cut in the film is exactly right, serving unobtrusively to tell a story … — L.A. Times

SYNOPSIS: Set during the Iran-Iraq War, the film opens in the middle of an Iraqi air raid in the state of Khuzestan in Southern Iran. A boy named Bashu is caught between exploding bombs, a scene of his mother burning, and his young sister running lost in the smoke. To escape, Bashu jumps into the back of a truck heading North, where he enters another reality in a remote farming village near the Russian border. There the villagers are lighter-skinned and speak a different language … Bashu, sleeping by a rice paddy, is discovered by a young mother with two children … read more 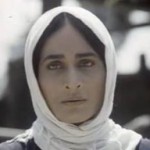 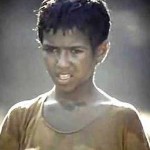 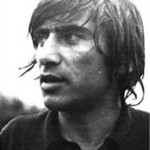 LA Times Review: There’s much of Anna Magnani in (Nai) Susan Taslimi’s gestures and volcanic talent–in her tenderness and passion and humor. This superbly gifted actress and the equally resourceful Adnan Afravian (Bashu) take this film way beyond sentimentality. The flowering of Nai’s love for Bashu parallels his own struggle to find a place in a totally foreign and frequently hostile environment.

Bashu the Little Stranger is a pure joy in which there are absolutely no false moves and both laughter as well as tears. Every movement of the camera, its every placement, its every composition, indeed, every cut in the film is exactly right, serving unobtrusively to tell a story.

Yet because the film’s veteran writer-director Bahram Beizai, aided by the extraordinary cinematographer Firooz Malekzadeh, is first and foremost a storyteller, all sorts of subtle implications and symbols arise, in regard to anti-war as well as anti-racist sentiments …read more

New York Times Review: This touching, thought-provoking Iranian children’s drama has a simple story, but complex undertones as it is simultaneously a quiet plea for peace and tolerance, an entertaining story and a sly, metaphorical criticism of Moslem fundamentalist thinking. It also presents a view of Iranian rural life seldom seen by Westerners. Though the Iranian government sponsored the film, they banned it for the above reasons …read more

THE FILMMAKER
Bahrām Beyzāi (born 1938 into a family of celebrated poets) is the most intellectual and conspicuous auteur in Iranian New Wave Cinema. His work bridges traditional Persian poetry, philosophy, theatrical drama and painting with modern cinema and the European avant-garde. Much of Beyzāi’s work deals with history and the “crisis of identity” in Iranian culture … read more 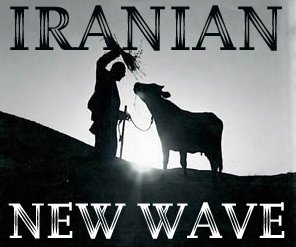 Iranian New Wave Cinema shares characteristics with European art films of the same period, in particular Italian Neorealism, but with a distinctively Iranian cinematic language influenced by Persian poetry and story-telling. The Iranian New Wave began in 1969 with the release of Darius Mehrjui’sThe Cow; followed by Massoud Kimiai’s Qaysar and Nasser Taqvai’s Calm in Front of Others. These three films sparked a revolution in Iranian cinema. Over the next few years, 40-50 note-worthy films were made, establishing the New Wave in Iranian art films that continues today … read more

“There’s much of Anna Magnani in Susan Taslimi’s gestures and volcanic talent – in her tenderness and passion and humor … — L.A. Times

About the Laurier Institution

The Laurier Institution was founded in 1989 by business and community leaders to advance and disseminate knowledge about the economic and social implications of Canadian diversity.