Board of Directors & Staff

If you are interested in joining the Board of Directors at Reel Causes, please apply here.

Michael began his film education at the University of Bradford, graduating with a degree in Film Studies in 2013. Since then, he has pursued a career in communications, first in the finance industry, and most recently for the International Cinematographers Guild | Local 669. Most recently, he has helped a candidate running for the Liberal Democrats in the United Kingdom on their communications strategy for the 2019 general election.

Michael is passionate about social justice causes, environmental stewardship, and enjoys working with filmmakers to expand their reach through digital platforms. With his experience in communications, web design and marketing, Michael hopes to bring all these skills in helping Reel Causes grow into a national organization.

Bob Christie is a filmmaker from Vancouver, Canada whose work explores the interesting spaces where documentary film meets popular entertainment and social justice. He produced and directed the 2009 feature Beyond Gay: The Politics of Pride that won ten best documentary awards and many other honours, including being featured as the opening film of the Boston LGBT Film Festival and the Canadian Gala at the Victoria International Film Festival. Beyond Gay also involved substantial on the streets activism working with organizers from Poland, Russia, Sri Lanka, the United States and Canada. In addition to extensive television commercial credits, Bob’s previous work includes The Royal Eight a documentary about his family, short films, music videos and web content. It received completion funding from the National Film Board of Canada and paints a touching portrait of Bob’s aging father and his seven siblings, their unusual traditions, and the remarkable camaraderie of these eight feisty seniors and their tight knit clan.

Bob is an active community volunteer, having served on the Vancouver Pride Society’s outreach committee, The Vancouver Queer Film Festival’s Queer History Project advisory committee and Winter Pride Whistler Film Society. Bob has a BFA in Film and an MA in Comparative Media Arts from Simon Fraser University where his studies focus on LGBT media and activism.

Erin Egeland is an avid fan of independent and documentary films and their ability to provide a voice to social issues that are not genuinely heard or seen in mainstream media outlets. She understands the critical role of film in education by way of them being a powerful and empowering medium to educate wider societal communities and how they shape and construct awareness about an array of issues in a way that no other media platform can.

Erin is a Chartered Professional Accountant (CPA) and a professor in the Accounting Department at Vancouver Island University (VIU) and the Diploma in Accounting Program in UBC’s Sauder School of Business. She also teaches in the CPA Professional Education Program for the CPA Western School of Business. Erin has volunteered as a Treasurer in a number of small non-profit societies, both local and nationally, including the CPA-CGA Education Advisory Committee, Kerry Park Minor Hockey Association (where she was also the President for four years), the Association of Certified Forensic Investigators of Canada, and recently, a faculty representative on the VIU Board of Governors. She enjoys using her finance and accounting skills to foster sustainable financial health of non-profits so they are better positioned to meet the needs of the organizations and communities they service.

Julia’s 26-year career has focused on leading the creation of inspiring retail concepts for global brands including Arc’teryx, Lululemon and Starbucks. She has extensive knowledge in retail development strategy, management, commercial interior design, business and construction. She has also been a business owner, part-time theatre actor and part of the Reel Causes board of directors since 2016.

Mohamed Ehab is the founder of Reel Causes and the co-founder of Changemakers Vancouver.

An Egyptian born pharmacist, Mohamed moved to Vancouver in 2008 from Cairo, Egypt with a great interest in being an active community member. Starting a film group out of his living room, the group  evolved to become Reel Causes, with the purpose of organizing monthly community events that support and highlight the work of Vancouver charities.

Mohamed is frequently invited to Vancouver educational institutes and community events to share his story of integration into Canada, including being one of the speakers at PechaKucha Vancouver in November 27, 2014.

Mohamed was nominated for a Globe and Mail Catalyst Award in 2013 for changemakers across Canada.

Shannon has been working in broadcast television for CTV, APTN, Bravo and CBC for over twenty years. Since 2012, she has written and directed nineteen biographies about global game changers. After working on Robert Downey Jr’s Age of AI doc series, Shannon is currently directing a compelling documentary for CBC about a young person navigating a transgendered experience.

After five years, and serving as president, for the board of directors of Women in Film and Television Vancouver, Shannon is proud to support the Reel Causes’ events and its governance.

Rylan Friday is an emerging director, writer, producer, curator and radio host based in Vancouver, BC. He’s Saulteaux Ojibway and Plains Cree, originally from the Cote First Nation based out of Kamsack, Saskatchewan.

His focus is to bring an honest discourse of LGBTQ2+ and Indigenous representation to the big screen, while being truthful to their own narratives. Rylan holds both diplomas in Radio Broadcast and Communications from the British Columbia Institute of Technology and Film Production from Capilano University. His student short film This Bright Flash screened internationally at The Lift-Off Sessions (Los Angeles), First Nations Film and Video Festival (Chicago) and boyOHboy Films Marathon in Paris, France.

In 2019, he co-produced Trevor Mack’s Portraits From a Fire, where he was fortunate enough to have founded a peer-to-peer youth mentorship within the Tl’etinqox First Nation in Northern BC. This was inspired by his experience working as a mentee on Elle-Maija Tailfeathers and Kathleen Hepburn’s The Body Remembers When The World Broke Open. Rylan is currently developing Looking For Tiger Lily, The Sound of You Collapsing and Oshiimeyan: Little Brother.

Having previously worked as the operations manager at Women in Film and Television Vancouver and currently as the program manager at Reel Causes, Brianna is an experienced non-profit administrator skilled in event management and communication. She works freelance in the film industry and is the associate producer on feature “Bella Ciao!“.

And a big thank you to all our volunteers! 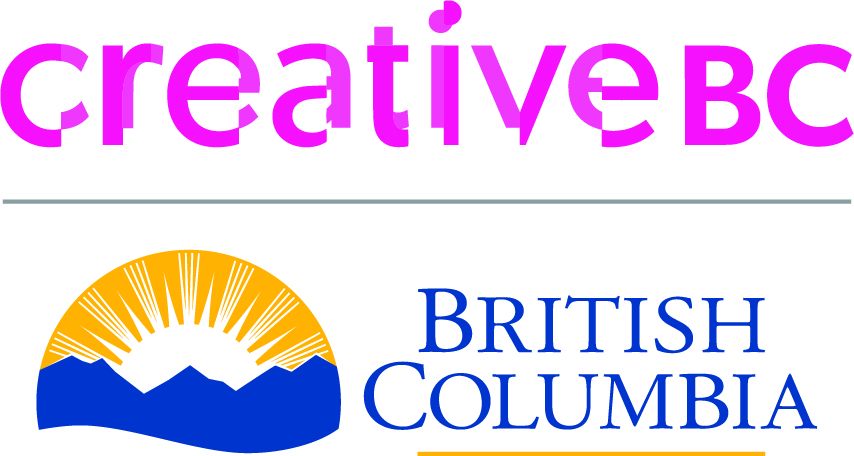